Fatea Review of ‘Devotion To Song’, an Album by Kath Reade

It’s all about the music

Readers up here in the Yorkshire Dales will know Kath as an ever-welcome performer at Skipton’s Folk & Unplugged club, while those in the north-east will recall her deservedly winning the Songwriting (Keith Marsden Memorial) Trophy at Saltburn Folk Festival towards the end of last decade. On the wider folk circuit, many others will have heard her widely-acclaimed third CD Passionate Nature, released three years ago, to which Devotion To Song is the proud successor.

Although music’s always been a principal focus in her busy life, it’s only recently that Burnley-based Kath has been able (through retirement) to devote herself fully to song. Over the space of the past dozen or so years, Kath’s built herself a healthy (pun probably intended) reputation as a singer-songwriter of quality, armed with a strong sense of humanity and a social conscience that’s from the heart (entirely genuine and not in any way “manufactured”). She’s also an accomplished singer, her responsive delivery possessing a warm earthiness that’s gently captivating, involving the listener right away. And her own guitar accompaniment provides a simple, wholly pleasing and natural voicing without the need to be in any way unduly demonstrative, leaving the special extra touches and creative fills to her trusty producer David Crickmore (who also contributes some finely judged mandolin, guitar, bass, organ, autoharp and percussion). Musically speaking, this CD moves further back towards a folk idiom than the Americana leanings of Passionate Nature, but this is also a distinct strength in that its stylings are informed by Kath’s long years of performance and a consistent and developing maturity of outlook, while providing contrast and interest aplenty.

Kath’s status as a classy latter-day folk troubadour of integrity is hereby assured.

In a way, Devotion To Song is Kath’s most personal album yet, and can be seen as encompassing both her credo and her personal journey through life, looking back with all the wisdom of experience on that life, its achievements and lessons learned. It’s at the same time celebratory and life-affirming, reflective and wistful. It might be stating the obvious to view the lovely first song I Am On A Journey as just a touch too literal, and in that respect the second track, the catchy Heart And Head, which chronicles Kath’s life experiences from childhood onwards, would perhaps have made a more apt opener, followed by the driving Starting Now with its vibrant resolve. But the sequence thereafter is perfectly plausible, moving to its somewhat valedictory conclusion on Last Sad Song (which, though undeniably poignant, isn’t really all that sad). Each separate song has a strong individual character, yet it’s possessed of a free spirit that’s also recognisably Kath, and her inspirations, influences and concerns are compellingly represented in simple, direct language with memorable phrases that hit home.

Musical settings are both beautiful and imaginative and always brilliantly conceived, and although Kath’s supporting musicians all deserve more than a passing credit I must single out the truly outstanding, lyrical-singing and uncannily simpatico violin tracery of Rebekah Findlay which graces several tracks, as well as Kath’s son Shaun’s equally lyrical piano playing on Soul For A Soul, and the aforementioned Mr. Crickmore’s nifty guitar weaving on Gypsy Eyes. There are occasional moments when the texture is a touch too busy maybe, but keen observance of internal balance and dynamics generally ensures that Kath’s vision for each individual song is effectively realised. And there’s also a special tenderness to the disc’s one a cappella rendition, Kathleen. If forced to pick highlights among the songs not yet namechecked, I might choose the almost spooky, antique feel of Grandmother, the heavenly aura of The Angel and the shifting, questioning, obstinately non-bluesy expression of the impact of romantic involvement that is Not Fully Functioning.

At the risk of spouting cliché, this new album may have been a long time in coming, but it’s been worth the wait. Kath’s status as a classy latter-day folk troubadour of integrity is hereby assured.

“Kath’s built herself a healthy reputation as a singer-songwriter of quality, armed with a strong sense of humanity and a social conscience that’s from the heart.” 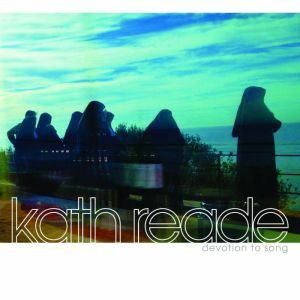