FolkWords Review of ‘Let Your Heart Sing’ by Kath Reade

The human compassion and implicit understanding that exudes from ‘Let Your Heart Sing’, the latest album from Kath Reade is enough to break through the hardened shell of a cynical journalist, well almost. It’s not often that you’re treated to a thoroughly uplifting, feel-good album, there’s always a catch. Often there’s a distinct feel that the benevolence is manufactured, alternatively, with certain ‘inspirational’ albums there’s that awful apprehension that any minute the album will break into totally artificial ‘happy-clappy’ joyousness. Not this one. Not a bit of it. Here’s a singer songwriter believing and living every word, and it comes through as wholly sincere.

With an earnest, amiable voice that makes its point without the need for anything to add other than calmly poignant lyrics, Kath’s songs prompt the art of attentive listening. Along with the lush vocals and some insistent electric fiddle cuts, there’s a highly addictive hook and luscious melody behind ‘Flash is in a Punk Band’, the tranquil involving narrative of ‘Singing as One’ and then there’s the sombre sorrow of ‘So Strange’ examining how love changes – “There’s a history between you that you’re both dragging around” … so often true. Kath offers a perceptive scrutiny through ‘An Ordinary Man’ while the achingly mournful recounting of ‘Dozen Red Carnations’ is as potent as they come. And there’s the absolutely perfect ‘Life is like a Shakespeare Play’ … a personal tale, but if those a certain age don’t identify with its sentiment I’ll be amazed.

The next time you feel you’re swimming against the tide, this music will lift you above the waves. Some of the lyrics may ‘bring water to the eyes’ because their touch is perfect. Find Kath Reade here: www.kathreade.com

“Here’s a singer songwriter believing and living every word, and it comes through as wholly sincere.” 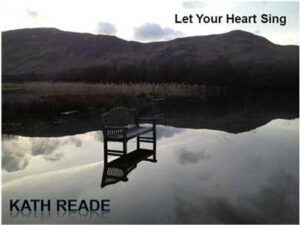 Page load link
We use cookies on our website to give you the most relevant experience. By clicking “Accept All”, you consent to the use of ALL the cookies. However, you may visit "Cookie Settings" to provide a controlled consent.
Cookie SettingsAccept All
Manage consent

This website uses cookies to improve your experience while you navigate through the website. Out of these, the cookies that are categorized as necessary are stored on your browser as they are essential for the working of basic functionalities of the website. We also use third-party cookies that help us analyze and understand how you use this website. These cookies will be stored in your browser only with your consent. You also have the option to opt-out of these cookies. But opting out of some of these cookies may affect your browsing experience.
Necessary Always Enabled
Necessary cookies are absolutely essential for the website to function properly. These cookies ensure basic functionalities and security features of the website, anonymously.
Functional
Functional cookies help to perform certain functionalities like sharing the content of the website on social media platforms, collect feedbacks, and other third-party features.
Performance
Performance cookies are used to understand and analyze the key performance indexes of the website which helps in delivering a better user experience for the visitors.
Analytics
Analytical cookies are used to understand how visitors interact with the website. These cookies help provide information on metrics the number of visitors, bounce rate, traffic source, etc.
Advertisement
Advertisement cookies are used to provide visitors with relevant ads and marketing campaigns. These cookies track visitors across websites and collect information to provide customized ads.
Others
Other uncategorized cookies are those that are being analyzed and have not been classified into a category as yet.
SAVE & ACCEPT
Powered by